Smooth Moves & the 5 Stages of Cellulite 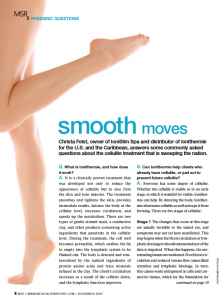 The following article was published in American Spa.

Christa Feist, owner of Body Slim Spa, answers some commonly asked questions about the cellulite treatment that is sweeping the nation.

CELLULITE is the most widespread and least tolerated aesthetic complaint for women. It is highly underrated as just being aesthetically displeasing. Being concerned about appearance of cellulite may seem superficial but it is in fact a pathology that results in disease. Cellulite is actually a progressive degeneration of the subcutaneous tissue. There is an alteration of the biochemical and metabolic reaction in the interstitial or extracellular matrix, which affects the microcirculation, which then results in abnormal fat tissue. Fat is not the cause of the disease but is affected by it. The interstitial matrix has an increase of acidosis, which then results in an increase of free radicals, leading to poor microcirculatory arterial blood flow, which adversely affects the circulation within the capillaries and veins. There is a loss of collagen fibers as a result of abnormal fibroblast function and lipedema results from an increase in free water and, if untreated, Lipo-lymphedema occurs.

Knowing the type and stage of cellulite helps me determine the appropriate treatment protocol. Cellulite may be classified into different types and stages, which include edematous, adipose, interstitial fibrous, and localized adiposity, each with their own signs and symptoms.

Q. What is Ionithermie, and how does it work?

A. It is a clinically proven treatment that was developed not only to reduce the appearance of cellulite but to also firm the skin and tone muscles. The treatment smoothes and tightens the skin, provides immediate results, detoxes the body at the cellular level, increases circulation, and speeds up the metabolism. There are two types of gentle stimuli used, a conductive clay, and other products containing active ingredients that penetrate at the cellular level. During the treatment, the cell wall becomes permeable, which enables the fat to empty into the lymphatic system to be flushed out. The body is detoxed and remineralized by the natural ingredients of protein amino acids and trace minerals infused in the clay. The connective tissue is smoothed, the fascia adhesions are released, the circulation increases as a result of the cellular detox, and the lymphatic function improves, the connective tissue is smoothed and the fascia adhesions are released.

Q. Can Ionithermie help clients who already have cellulite, or just act to prevent future cellulite?

A. Everyone has some degree of cellulite. Whether the cellulite is visible or in an early stage, in which it wouldn’t be visible, Ionithermie can help. By detoxing the body, Ionithermie eliminates cellulite as well as keeps it from forming.

There are five stages of cellulite:

Stage 1 The changes that occur at this stage are usually invisible to the naked eye, and symptoms may not yet have manifested. This step begins when the blood circulation or lymphatic drainage to the subcutaneous layer of the skin is impaired. When this happens, the surrounding tissues are weakened. Poor blood circulation and reduced venous flow causes fluid retention and lymphatic blockage. This causes waste entrapment in cells and connective tissues, which lay the foundation for cellulite. In this stage, three to six treatments are recommended.

Stage 2 In order to see the cellulite, crossing the legs or pinching the skin makes it visible. Poor circulation leads to leakage of blood out of the weakened capillaries into the nearby tissues. This causes pressure on the tissue, reducing circulation and fluid drainage. The skin becomes more tender and discolored due to broken veins. The cosmetic appearance of cellulite is not yet visible. In this stage, five to ten treatments are recommended.

Stage 3 The cellulite is visible without pinching the skin but not harden. The fat tissues start to swell and push against the outer skin as a result of the build up of lymphatic fluids. The first noticeable signs of cellulite appear. In this stage, 10 to 15 treatments are recommended.

Stage 4 The cellulite is visible and lumps and bumps are felt with areas that are colder to touch. As a result of lymphatic fluid stagnation, the septae which is the connective tissue that gives cellulite its characteristic orange peel appearance, becomes thicker. The lack oxygen and nutrients further exacerbate this condition, leading to increased thickness of the septae. As this occurs, the fat cells are squeezed and trapped, leading to decreased circulation and further increasing the visibility of the orange-peel appearance. In this stage, 15-20 treatments are recommended.

Stage 5 The skin has s tight appearance and the tissue feels very firm and the skin feels cold to the touch. Cellulite is now at its fully matured stage. Fat cells are completely trapped and stored and cannot be flushed out due to lack of proper blood circulation and a sluggish lymphatic system. Finally, the thick septae, stagnant fluids, and trapped fat cells result in the dreaded bumps and lumps of cellulite. In this stage, 20 plus treatments are recommended.

A. The inch loss is actual fat that is measurable. I have seen clients lose as much as 18 inches on their very first treatment. The more treatments the client does, the more dramatic the results will be. It is very typical for clients to drop two sizes in a matter of just weeks.

Q. Are there any side effects?

A. There aren’t any harmful side effects. The treatment is safe and painless. The client will experience positive results such as increased energy, increased metabolism, unhealthy food and beverage cravings disappear, improved circulation, improved lymphatic drainage, increase in muscle tone and definition, an overall feeling of well-being, and of course cellulite reduction and the unveiling of their natural form is revealed as the problem areas disappear. 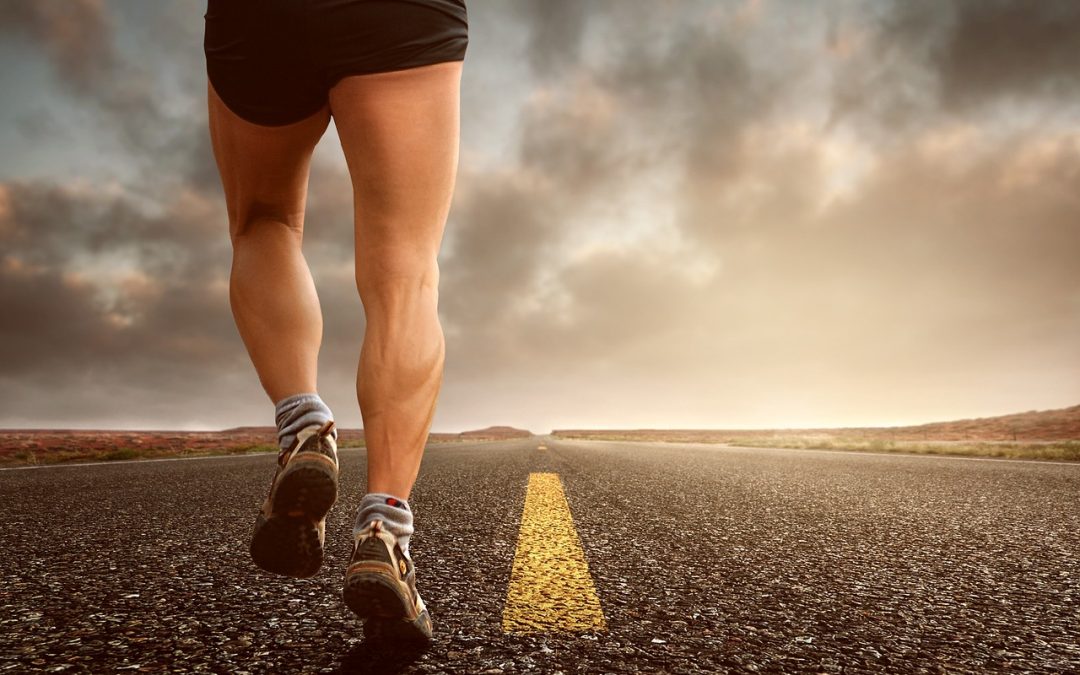 It’s important to know what to expect on your first Body Slim Spa visit. Here is the process we follow.

Women are given a pair of disposable spa panties and a robe. Men typically wear a pair of gym shorts or boxer shorts. At the beginning and end of every treatment, your therapist will measure you, unless you prefer not to be measured. For better accuracy, as the therapist is measuring you, the areas being measured will be marked with a non-permanent marker and are easily washed off after the treatment.

In order to prepare your skin for the treatment, your therapist will brush your skin with a body brush which increases circulation and exfoliates the skin enabling better absorption of the products.

The skin is then cleansed with a tonic which aids in the penetration of the active ingredients. The therapist then applies the “Slimming Cocktail” consisting of A+B ampoule, Afina, and Aferligne. This is the Anti-Cellulite, Slimming and Firming cocktail. It is recommended that these products be applied at home between treatments to speed up and increase the treatment results.

A mat is prepared with the clay infused with micronized algae, protein, amino acids and 104 trace minerals and two positive electrodes which are strategically placed to ensure good contact. A piece of positive charged gauze is then placed over the mat. The client will either be lying face down on the mat or face up, depending on the treatment area. A piece of negatively charged gauze is placed on the other side. The warm clay is then applied to the gauze and 4 electrodes are then strategically placed on the area of focus.

The process takes approximately one hour from start to finish. The duration of the treatment is 40 minutes. During this time, you may read a book, listen to music, or simply take a peaceful nap.

After the treatment, we will apply a soothing body lotion, then measure and document the results. It is recommended not to shower for at least 2 hours and to drink 2 liters of water to flush the toxins.